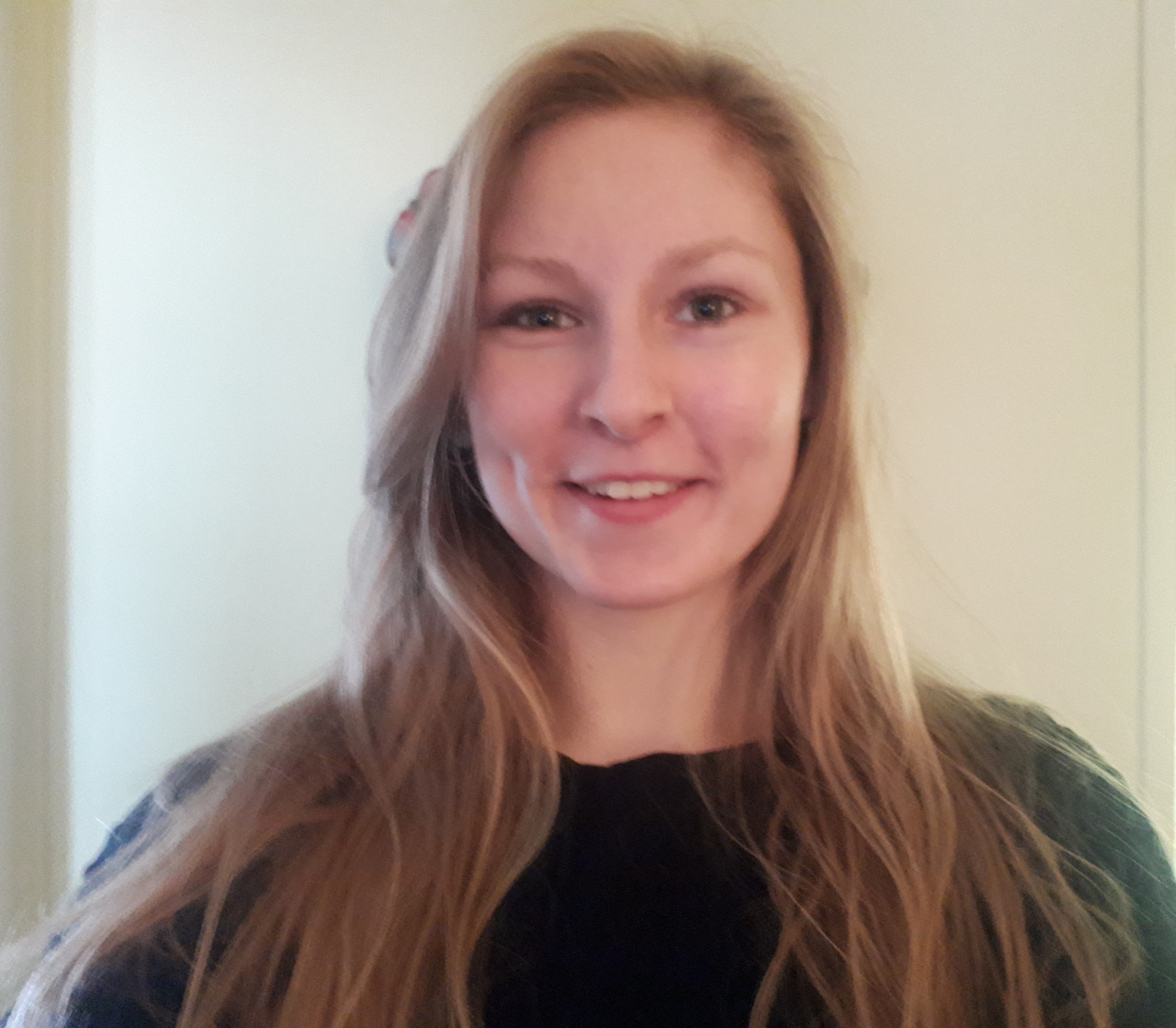 From tackling program development and schedule management, to finding and assisting the grant applications, Taylor Clapp has her sights on the long-term success of The Accelerator. Learn more about the newest addition to The Accelerator team!

The Accelerator wouldn’t be where it is without the help of our team. One such member is Taylor Clapp. We had a chance to sit down with her to learn more about what she does for The Accelerator, how she got involved, and how you can too.

What interests you in business overall?

I think really it’s the possibilities. Once you start getting into the business realm and once you decide to take your career into your own hands, really your possibilities are endless.

I think it’s the people, the perspectives. Every conversation you could have about the same conversation and getting different perspectives from each person you interact with. They’re so supportive and encouraging and really want the best for you. Whether that’s sitting and listening, or providing guidance.

How did you find out about the Accelerator?

When I was in high school, I was part of their entrepreneurial summit. Because I was an SHSM [Specialist High Skills Major] student in business, we went to the entrepreneurial summit where we got to listen to local entrepreneurs talk, we got to do a couple of activities. That was my first introduction to the Accelerator. And then when I was in college, I kind of popped back up in the realm of being a business student, I heard about it again. From there, I decided to have a meeting to see how I could be a part of what they were doing.

What were your first thoughts on the Accelerator?

What is your role in the Accelerator?

I work mainly in programming in the sense of developing programs for youth, I worked doing some backend work for the business development programming and understanding the need for programming in the community. I also work in grant applications, so those go hand-in-hand. When we are looking and have project ideas, we are presented with funding that could be applicable. I do a lot of the research, writing, piecing together of the grant application for the Accelerator.

What have you been learning from the experience so far?

I think one of the biggest things I learned early on is you don’t have to do everything yourself. Do everything you’re good at, and then make connections and facilitate relationships with the people who are good at the things you’re not. From there, that helps strengthen and build the community that really is what the Accelerator is based on.

What is the biggest difference between what you expected of entrepreneurship and what you actually got?

How has your role with the Accelerator changed over time?

Initially, when I started, I was kind of like ‘Hey! I’m interested in being here.’ It started out with just piecemeal work like ‘Hey, can you research this? Hey, can you look up that?’ I had a bit of an idea, didn’t really know if it was going to work. It didn’t work at the time, but there’s bits and parts of it that have come back around to be used in other things. So it was worth it. As I got to build relationships, I got more responsibilities and took on a little bit bigger role.

What are your long-term goals for entrepreneurship?

My long-term goals for entrepreneurship are; for every person who has an idea who thinks they could make a business, to know that they can do it, know that it is possible. Know that the Accelerator is a place that they could start. And know that they may fail once, twice, fail fifteen times. But if each time they learn something from it, and if each time they have a clear idea of where they want to be, that it is possible to sustain a career and live a wonderful life in entrepreneurship.

Where do you see your relationship with the Accelerator going in the future?

I hope that it is long. I hope that it is prosperous. It’s hard to say right now. We’re in a very turbulent time, I think that things are changing rapidly. I know that I want to be here a long time, I want in 20 years from now to be able to say ‘This is where I started. This is what we started doing and this is what we’re doing now.’ Maybe I just continue to develop programming that’s relevant for the times for the rest of my career. Maybe it’s continuing to build partnerships and I work in that. Really what I’m doing right now is what I want to do long-term. It’s what I want to keep doing.

What would you recommend to someone who is interested in doing what you do?

Just start a conversation, honestly. It’s the lowest risk that you can take and one step towards something that is potentially amazing for you, that is your future. Even if you take the step, have the conversation, and realize it’s not for you, that’s okay too. There’s a benefit there. Look to build those relationships. I have no doubt in time that you’ll be able to see where you fit in.

What’s an Accelerator member or small business you think more people should know about?

The community built through Cook-Up Inc. and specifically through Cook Marketplace that is located in the Accelerator is amazing. They’re just amazing people, amazing women, so funny, such a strong community and so willing to help anybody. I think that a lot more people should recognize how phenomenal an organization they are, in such a short time.

Anything else you would like to talk about that we didn’t cover?

If any final words, if you’re ever considering a change, if you’re ever thinking about the Accelerator and business and entrepreneurship, start the conversation. It can seem like such a wait and such a big step, but it’s really not. It’s a welcoming environment, and it’s an environment where we encourage sometimes in one conversation the amount of good and progress and knowledge that can come out of that is irreplaceable.