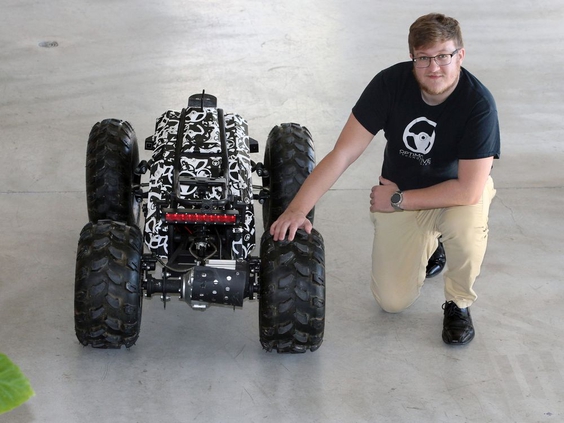 It looks like a polished version of the go-karts many kids tinkered with in their parents’ garage, but Scott Fairley is hoping this edition will influence the automakers’ products that share that space.

Using the chassis, motor and wheels from an electric ATV, Fairley’s firm has created a small autonomous vehicle that will be the platform for testing sensors and vision systems to develop the new concepts required by AV vehicles to function in poor weather and harsh terrains.

“We’re excited to finally be ready to starting testing and collecting data this winter.”

Fairley is joined in the project by his friend and University of Windsor mechanical engineering student Eoin Minaker and former Windsor resident Michael Hoppe. Hoppe is the creative director of Geopogo, a 3D architectural software platform firm in Silicon Valley. 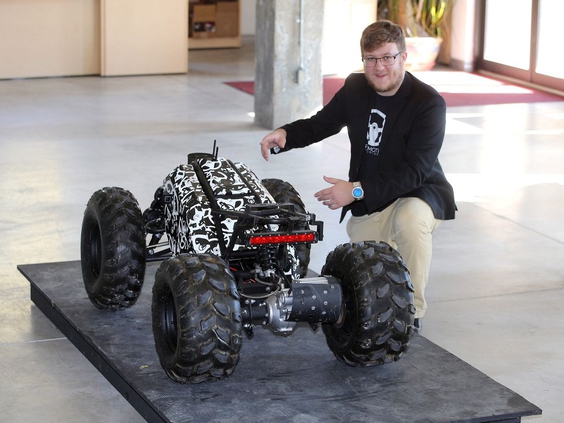 The 22-year-old Fairley, who has been working at building Optimotive since graduating from Massey, sees the primary function of the vehicle, nicknamed ‘Iris,’ in testing related to the automotive industry.

“The autonomous vehicle industry is centred in places with perfect conditions like California, Arizona and Miami,” Fairley said. “We saw they weren’t taking serious enough the impact of terrible environments and poor weather conditions. We saw that as something we could focus in on.”

He added most radar/lidar and vision systems in use have no or very crude options for dealing with keep themselves clean and functioning properly.

“It’s rude and crude — often just spraying a cleaning fluid — which isn’t the greatest for the equipment,” said Fairley, who is basing the company out of the Downtown Windsor Business Accelerator.

He said the first step was proving they could build a platform loaded with sensors and rebuilt control systems for AV use.

The duo built all the required hardware, software, sensors and 3D-printed the plastic housing needed to hold the computer, controls and lithium battery.

What they’ve created is a vehicle the size of a small ATV, weighing 136 kg. Some final tweaks will make Iris capable of reaching up to 65 kilometres per hour and travelling 50 to 100 km on a single charge.

“The advantage we have as a small company with this platform is we can be more nimble and quicker in testing,” said Fairley, who credited the duo’s First Robotics experience at Massey for giving them the knowledge to build Iris.